Surf Ranch Pro – The Future Or Not? 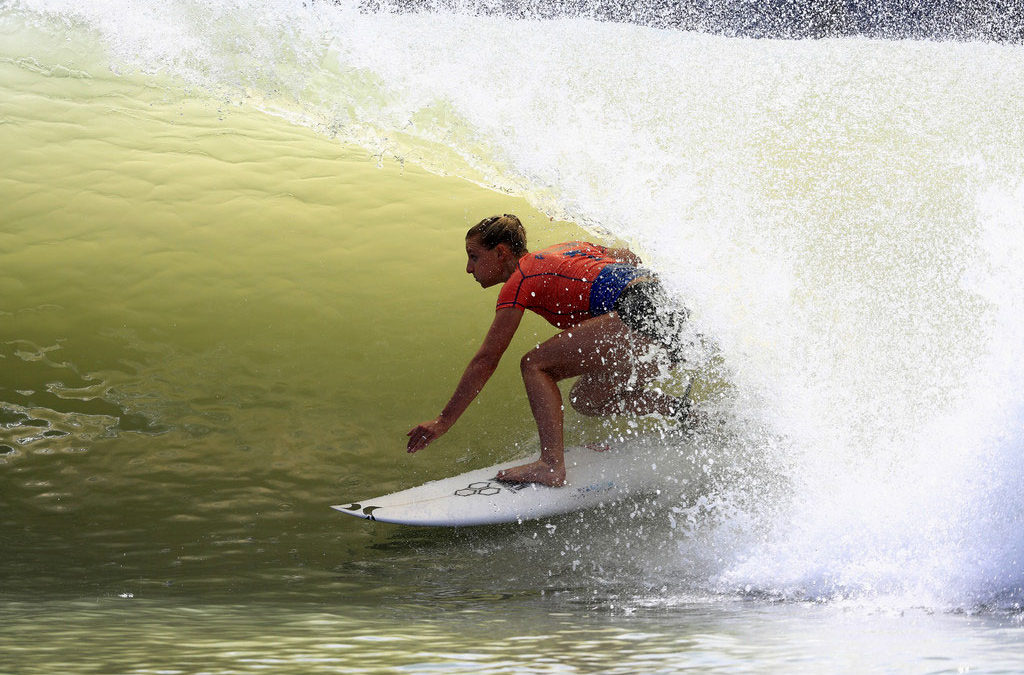 For the water-man and ocean going purist wave pool surfing in competition could be perceived as a cop out. For the futuristic surfer pushing the boundaries of progression the wave pool could be considered a perfect medium. Then of course there are the opinions of everyone in between. For this very reason we invite people reading this story to also have their say on this forum.

In terms of performance there is no doubt the artificial perfectly sculpted wave constructed by Kelly Slater and his team creates an incredible canvas, however for the long time hard working professional surfers who grinded out their livelihood on a strategy based on the man on man priority format, being thrown this curve-ball could be perceived as putting a proverbial spanner in the works of a hard earned Career. With World title and re-qualification ramifications being a result of this bold new approach to competition the controversy is endless. There is no doubt that this format will make great viewing for live and web audiences alike. For the avid surf fans curled over their laptops at 2 am not having to endure 30 minutes of commentators rhetoric to see 10 to 12 minutes of actual surfing will be a refreshing and welcomed change. The live audience lucky enough to be on site at such an event will witness an electrifying stadium atmosphere along with live music and all the fanfare of a festival environment. So let’s talk contest format it self. Instead of waiting on the luck and goodwill of Mother Nature herself over the time span of 35 minutes, in this particular event surfers will have the opportunity to ride six waves. Three lefts and three rights two of each in round one and one of each in the qualifying round. After the qualifying rounds are surfed the top 8 men and top 4 women progress to finals day where each surfer gets another six waves two rights and two lefts over three runs. Top two scores are counted and a winner is crowned.

Being uncontested by their opponents not unlike the format for freestyle motocross BMX and skate boarding this sees professional surfing taking on more of an X games persona. For showman like Gabriel Medina and Felipe Toledo, this style of event could be seen as an unfair advantage. For the steely nerved strategists such as Wade Carmichael and Michel Bourez, this could pose as a hurdle in a year of relative success and consistency. Fast forward to the completion of the first round of Qualifying runs and we see the usual suspects at the front of the field.  Impressive performances from surfers such as Gabrielle Medina, Felipe Toledo and Julian Wilson, being the three front runners in the world title race, don’t come as a big surprise.

In the ladies, the battle between Stephanie Gilmore and Lakey Peterson continues with incredible waves written by rookie Caroline Marks. The word that comes to mind is pressure with competitors being allocated a set amount of waves instead of the usual format where wave count can be unlimited. When The Dust Clears

So finals day sees Carissa Moore take out the event in the ladies. Gabrielle Medina continues his tirade in the men’s division with a dominant victory and what could be seen as an aggressive mid year run at a second world title.  Felipe Toledo gets the runner up title with the highest wave score of the contest. This is achieved by landing 3 airs in combination with several hacks and a barrel. Stephanie Gilmore is runner up in the women’s. Third place getters are Kelly Slater and Lakey Peterson. All of the surfers on the podium don’t come as a big surprise so maybe format aside good surfing is good surfing. Let’s face it when you’re on fire you’re on fire!!

So this asks the big question. In the future will we see two professional surfing tours? The one we’ve come to know and love in quality ocean wave locations and one in big city futuristic wave stadiums. Which of these will lure the lucrative spoils of sponsorship fame and competitive glory? One thing is for sure we as surfers and pro surf followers live in an exciting time and are on the cusp of witnessing some radical changes in the surfing world. Have your say below: